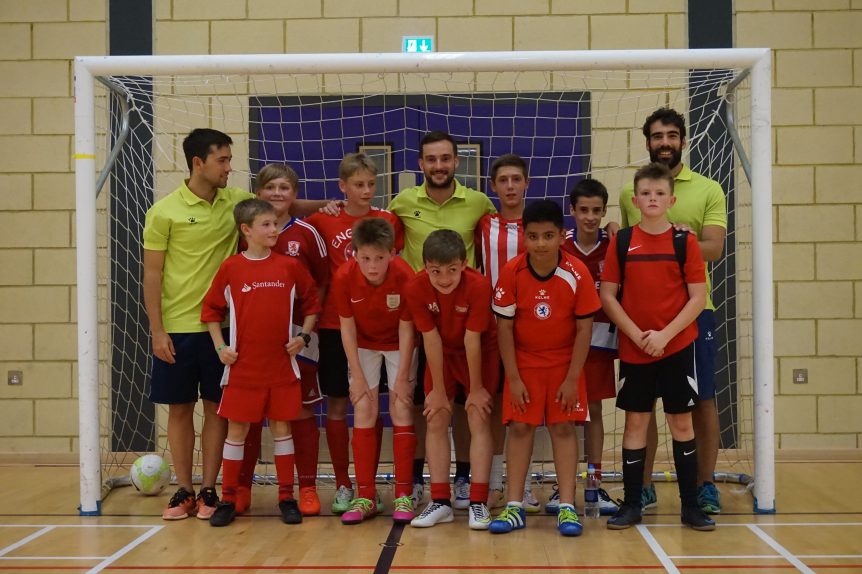 At the end of July at Powerleague, Trafford, Futsal Camp UK is coming to Manchester for an elite futsal camp, aimed at school leavers who will join teenagers from abroad in a three-day training camp and tournament.

At just £25 for the three days plus a tournament, it’s a fantastic opportunity for 15-18 year olds who have finished school and fancy trying out this fast growing sport.

To register, simply complete your details below, selecting the correct camp, but places are on a first come first served basis, with 15 spaces available.

“Futsal is growing, especially in Manchester and the North West and we have a group of youngsters here for the week from Spain and other countries. This elite camp will be different to a regular summer camp, in that it will be morning only sessions, with a tournament at the weekend for those who excel,” said UEFA A coach, Damon Shaw.

“If it’s a player’s first go at futsal, there will be signposts to local clubs, or for any who have played before, an extra bit of pre-season training.”

State of Emergency in Europe and Futsal Camp update